This 71st Convention of the Cantors Assembly where I am sharing with more than 190 of my American colleagues of the organisation that groups the Conservative/ Masorti Cantors which between others is here to support all our efforts in the benefit of our profession.

A strong and respected organisation that shows what we can and have to do to preserve our tradition.

Although sometimes with new approaches that are far from my own perspective of “Cantorial tradition”. Guitars are now the new trend. I still prefer the organ. And others would say we stick only to a “male choir”, like the meshorerim of the 19th century.

But the reality in the 21st century has taken us to new dimensions, and female Cantors are another change, just like all other professions of today’s world quoting Cantor Sara Myerson “I entered a male profession just like today’s female doctors, lawyers, architects, police officers, postal workers, engineers, astronauts, musicians….” and I would add Art historians and Museum educators, as in all the scientific and academic world, the list is long. And this also is true for the Cantorial field, and I could here in the convention understand and experience the very high level of what my female colleagues bring to the profession. And here samples of our President Cantor Pomeranz Boro singing, and also a small clip here below:

Azi Schwartz and Shir Lizzek The Cantors of Park Ave. Synagogue N. Y. at a recital in our Convention.

Four days of prayer, social activities, amazing concerts every evening, recitals with top Cantors at midday and all day conferences for our professional development. Every activity was so well organised and of course musically of the highest level. 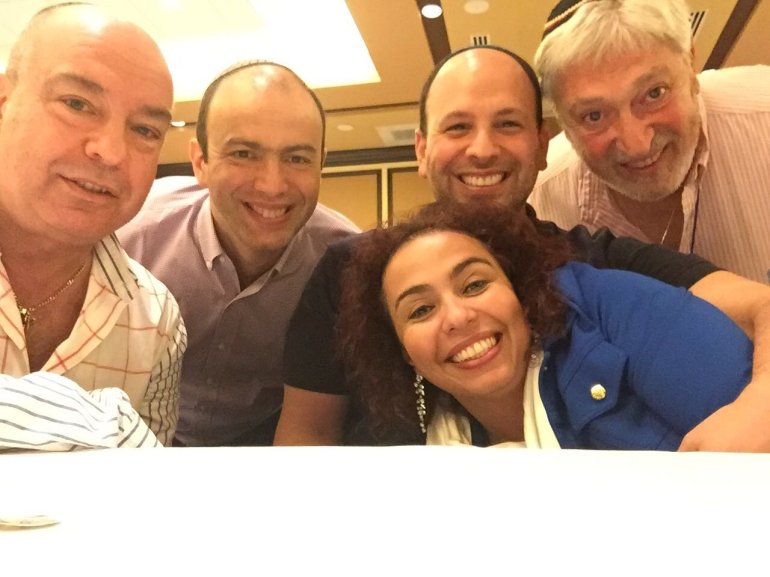 I met with friends and Cantors I had heard of, learned from, asked for help and shared my queries these last 20 years I have been a member of the Assembly. Here with Cantor David Propis. 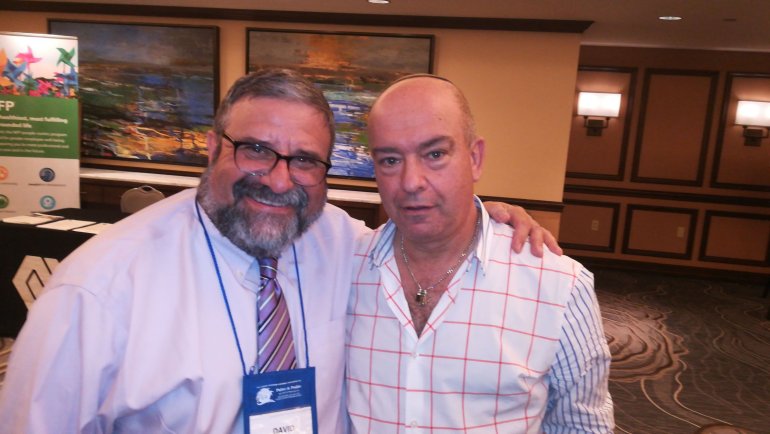 And now I have established closer ties with many, that certainly will help to do my job better.

I have to mention. We heard the testimony of the son of a Nazi commander who converted to Judaism and lectures all over the world about his father’s and own journey, it touched an inner fibre, my grandparents and aunts and cousin were victims of people like his father and brought to the gas chambers, so it was a difficult speech to assimilate.

The venue where all this took place and the name of this convention are very catchy and for those who could get some spare time and play golf, probably enjoyed their stay, it is one of the best golf courses in the world and home of the Professional Golf Association in Palm Beach, Florida. No, wonder Mr Trump comes so often, to his own Lago Mar, next door.

And the highlight of the week, a 70th Israel anniversary

celebration, with a concert at the Synagogue of my new friend Cantor David Feur, being also awarded a lifetime achievement by the Cantors Assembly , David happens to be a close friend of my dear teacher and mentor Rabbi Meir Gurevich z”l, recently passing and of whom we could share stories.

Here, leading Grace after meals for my 190 colleagues with Cantor Feur at the piano. Who would have imagined, the great success of my singing in such unexpected an informal setting.

And this weekend, back in London for celebrations and with so much learned to bring back to my Bimah and congregation.