Not only a summer with preparations for recitals and weddings to sing at, also the High Holyday’s coming up the end of Sept. with the always challenging highest musical level Belsize Square Synagogue has, and to be prepared to be accompanied by organ and the Belsize choirs.

Proms at the Royal Albert Hall, between others: No.14 Haydn’s Creation, I sung as a teenager. No.42 The dynamic Venezuelan conductor Rafael Payare directing the premiere of Clara Schumann’s Piano Concerto, played by the impecable 25 year old Mariam Batsashvili. No. 21 Listening to it’s 9.999 pipe organ, played by Notre Dame’s organist, Olivier Latry. Helping me to redefine my theory that the instrument of instruments, as several times already posted in this blog, in that it belongs definitely not only to the church, but deserves its place in Jewish worship, in the Synagogue, as once in the Temple in Jerusalem’s orchestra, a very “Jewish tradition”. And which the father’s of modern Cantorate, Salomon Sulzer and Louis Lewandowski were able to re-institute in their compositions, I so proudly sing at Belsize.

Coming up, the Sacred Music Festival at Bogota, where I was honoured to be asked to participate this 18th of Sept. together with more than 700 invited artists. making sacred music in more than 25 venues.

The Hall I will perform, has similarities with Belsize’s Sanctuary which is stunning. 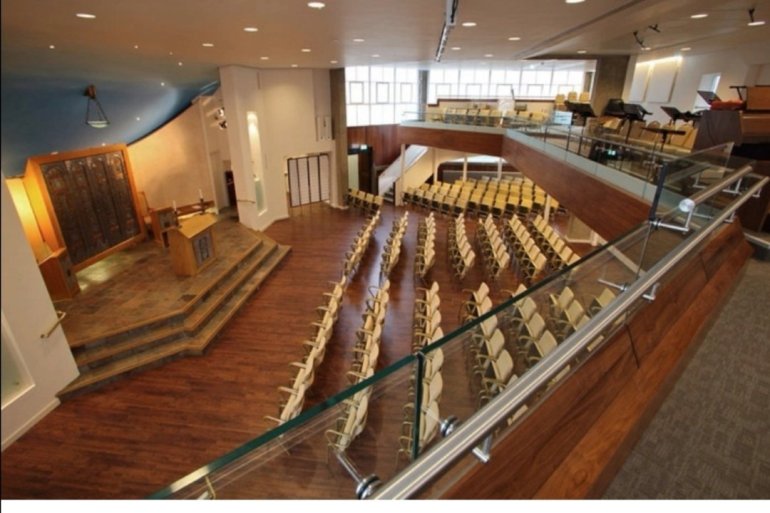 I will feel at home, especially singing with my mentor, Chief Rabbi Alfredo Goldshmidt, the young Esther Rotlewicz and accompanied again by the excellent pianist Edelsa Santana.

A sample of one of the pieces is Ravel’s Kaddish.I will perform other pieces I never sung, following my son’s example, and as mentioned the challenge and preparations have taken most of this summer, but it’s what I enjoy most. It has been a wonderful summer !!